What is a Gyrocopter?

Gyrocopter is a type of flying machine which looks like a helicopter but the working mechanism is completely different than that of it.
The aircraft goes by several other names: a gyrocopter, an autogyro, or a rotor plane — to name a few.

Gyroplanes were invented by Juan de la Cierva in 1923.
Gyrocopters are safe and simple flying machines that use an unpowered rotor in free autorotation to develop lift or to fly.

Forward thrust is provided independently, by an engine-driven propeller. While similar to a helicopter rotor in appearance, the autogyro’s rotor must have air flowing across the rotor disc to generate rotation, and the air flows upwards through the rotor disc rather than down. 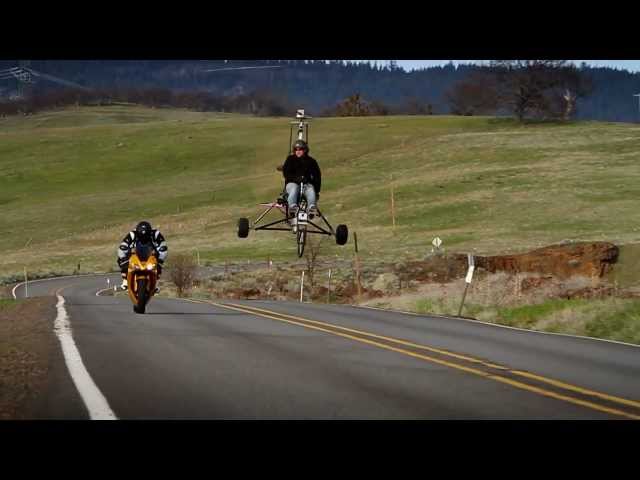 What is the difference between a helicopter and a gyrocopter?