Many things add comfort to our lives. One example of such things is Fan. From Handheld to Electric fans and Air conditioners, we have lined up a wide variety of fans to cool us down.
Let’s peek inside one such fan that can be found hanging down the roof, the Ceiling Fan!

1. The important component hiding inside the ceiling fan which makes the fan move round and round is the electric motor, an electric machine that converts electrical energy into mechanical energy.

2. It starts when the capacitor, located above the electric motor torques(gives the first kick to rotate by creating the magnetic flux) and gives direction to the electric motor, allowing it to start and rotate.

3. An electrical current reaches the motor and then enters coils of wire wrapped around a metal core. When this current passes through the wire, it creates a magnetic field that makes it rotate.

4. In this way, the electric energy is converted into mechanical energy and causes the motor coils to spin.

Do electric fans consume the same amount of electricity when operated at different speeds?

But nowadays, different regulators are used to receiving TRIAC (A special electronic device) as a regulator. It controls the flow of current by changing the firing angle. Here the current is reduced, and the power consumption decreased.

How The Ceiling Fan Cools?

The rotation mechanism of the ceiling fan is built in such a way that attracts the warm air upwards. As the hot air rises, the blades of the fan slice this air and push it down. Being a continuous process causes the air in the room to circulate in the cheap sex dolls entire room. Thus, a ceiling fan only moves the air around. A fan does not cool it speeds up the evaporation process of sweat on our body, which naturally makes us feel ‘cool.’ 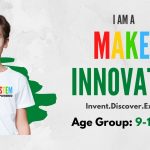